Seafood facts you didn`t know for sure 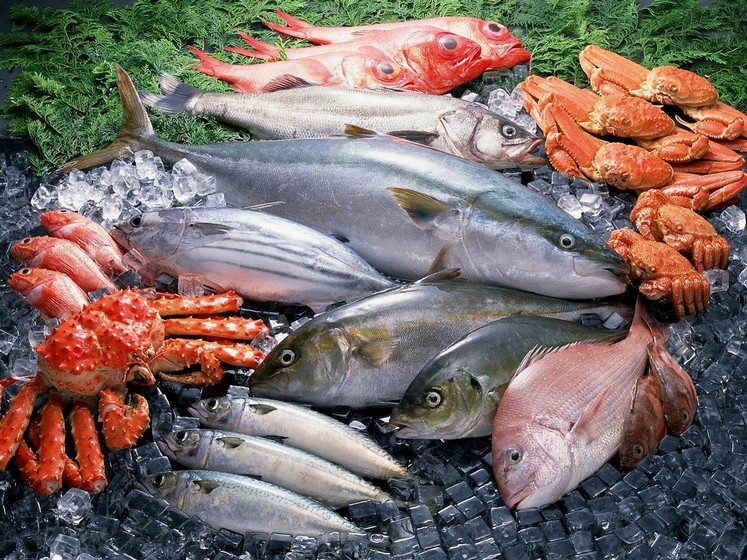 Thanks to the large assortment of our bakery, you will definitely find what you are looking for. One of the most popular fillings for Ossetian pies is with seafood. Many people order them both for birthdays and parties, and for quiet get-togethers near the TV. Juicy, tender, tasty and insanely fragrant Ossetian pies will not only satisfy you, but also cheer you up. Also in our bakery you can order various drinks. We recommend paying more attention to fruit drinks. Thanks to their large amount of vitamins, they will not only give you a delicious taste, but also have a beneficial effect on your health. Our team employs only punctual and responsible couriers, so Ossetian pies will come to you very quickly and efficiently. Delivery is carried out throughout Kiev.
Since the filling with seafood is one of your popular ones in our range, we decided to delve more into the topic of these products. As a result, we found several little-known facts that we want to share with you.

Initially, everyone was completely sure that crustaceans cannot feel pain, since they lack nerve endings. But in our time, scientists have refuted this theory. To identify this fact, very rigorous research was used. Even acid was used. As a result, it was found that the crustaceans began to irritate certain areas. In other words, they react to stimuli in their own complex way.

Shrimp is one of the favorite foods of many. They are bought in restaurants, cafes, prepared at home. There is only one thing people cannot decide on. Do I need to pull the vein out of the shrimp. Opinions were divided. But in fact, it serves as the intestines of the seafood. Therefore, food residues may remain there.

There is a belief that salmon endows a person with incredible powers. There was a druid who devoted most of his life to catching this fish. And then one day he managed to accomplish what he so longed for. The druid ordered his assistant to prepare a treat. But the cook burned his finger very badly. He couldn't think of anything smarter than sticking a finger in a fish's mouth. So all the magic of the salmon was transferred to the cook. Over time, he achieved heights and became a commander.

When can you eat oysters?

There is a legend that oysters can be eaten only in the month in which the letter p is present. The theory is not scientifically supported in any way. But if you think about it, there is some truth in the legend. The roots go back to American residents. Summer months and one spring month do not have their name beku r, so you cannot eat oysters. The fact is that during these months there is a rapid growth of algae. Thus, seafood can be charged with toxins.
But this fact has nothing to do with reality. Indeed, in the twenty-first century, oysters are grown in specially made farms. Therefore, there can be no toxins in their composition.
Товар добавлен
Перейти в корзину
Callback
Director feedback
Sign up
Enter